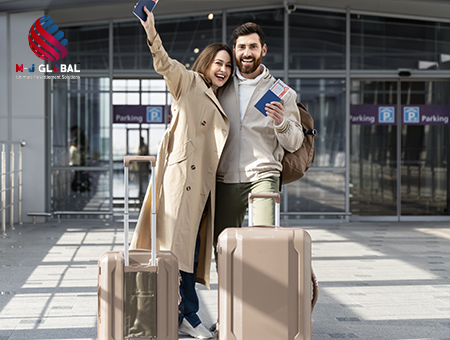 A record number of resolutions on applications was made by the Immigration officials in Canada at the beginning of the year, suggesting Ottawa bring in 108,000 permanent residents by March-end, declares Immigration Minister Sean Fraser.

“We have used the experience of the client as our main priority while directing the unusual tasks in Canada’s immigration system as it leads to recording the levels of new immigrants,” said Sean Fraser

“The utmost top priority is to help the clients land in Canada without any delay along with less time taken for the procedures and proper communication,” he mentioned. “Canada is extremely gratified to be the choice of destination for many individuals globally, and we promise to continue to strive hard and give the right experience available for them”

*Check your eligibility to migrate to Canada with M-J Global Professionals for free.

147,000 applicants were paid attention to in the first quarter by the IRCC

Immigration, Refugees and Citizenship Canada (IRCC) extended its aim of 147,000 final decisions on permanent residence in the beginning of the year, and the aim was declared by the immigration minister in the month of January. This number is double that of the time in the previous year.

Canada was equipped to bring all the permanent residents in just three months of time because of such a huge number of decisions mentioned above.

The immigration minister uncovered all the updates from Thursday to all his department’s online procedure tools. This says to provide the applicants precise information about the time taken to handle their forms or applications which is the main source of annoyance for anticipated immigrants who complain often on Twitter regarding the waiting period to receive their processed applications.

Modernized and digitized processes to cut backlog by the immigration officials

The IRCC mentioned in a statement that their work is to modernize and digitize the delivery of their services and programs so that Canada will be able to run as the desired place for all the people globally.

In the month of February, a digital case tracker to track status was launched by the IRCC to permit permanent residence for a few family class applicants along with sponsors and their alternates to check their application and its status online effortlessly.

“IRCC welcomed over 405,000 permanent residents in 2021, the biggest number of new invited people in just one year of Canadian history,” the IRCC mentioned in a report.

The officials of the immigration of Canada have started building online citizenship meetings precisely two years ago. Between April 1, 2020, and January 31, 2022. 198,900 individuals took a pledge of citizenship in 12,400 meetings through virtual platforms.

Want to become a permanent resident of Canada? Seek the right guidance from M-J Global, the World’s Best Immigrations Consultant